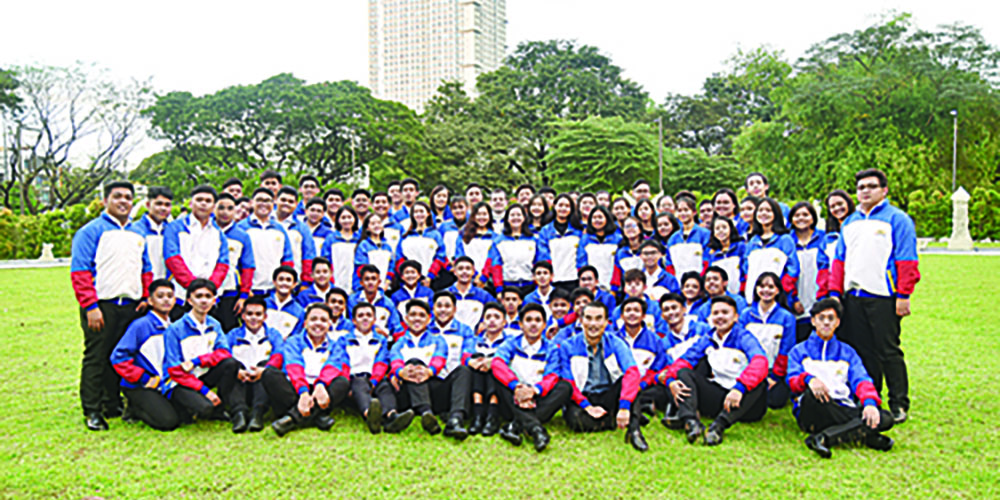 Yet that is one reality still proven to be feasible by the Orchestra of Filipino Youth (OFY) – which in their seven years of existence – the ensemble had not just played “delightful melodies” for the Philippines and the world, but also thrived in stimulating ripples of change in societies through their music.

Through the platform “Ang Misyon,” a non-profit organization that supports the musically gifted, less privileged youth – the talents of more than a thousand scholars had been honed and provided continuous programs focusing on orchestral training and instrument support. Scholars under Ang Misyon can also take advantage of that unique opportunity to become part of local and international performances – and to serve eventually as mentors to young members.

Business magnate Federico “Piki” R. Lopez, who is also the president of Ang Misyon chronicled that the seven-year journey of the OFY as “a fascinating one,” and “fulfilling when we see doors of opportunity open in the lives of our young talented musicians.”

On his pitch for this advocacy, Lopez enthused “it’s been quite rewarding to see them discover their individual superpowers but then in turn subsuming those powers to build a unified and stronger community by way of an orchestra.”

As he narrated, the orchestra scholars of Ang Misyon reaped their well-cherished successes on two-pronged approach: One, is practicing on their own; and another is, rehearsing and polishing their craft together as a group.

The “music” they make, Lopez said does not only merit success to them as individuals, but this also has manifest spillover effect to their parents, families and less-privileged communities. “It’s a powerful message of hope and self-determination that’s so needed in today’s world,” he professed, adding that these scholars “hold the key to unlocking the full potential of this movement – and the tangible results we’ve seen so far only inspires us to do more.”

Lopez, who is also a musically inclined talent beyond his business acumen, added “I’ve found it personally quite heartwarming to see it all come together.”
Making orchestral music accessible to wider base of Filipino youth, he stressed, had been their overarching goal – hence, “in the last few years, we’ve made efforts to reach out to various communities in many cities, towns and provinces in the hope of fostering the love of music.”

Their dedication to the craft and on their keenness to be unplugged in what many of their peers consider as chic digital world of social media and selfies – and be instead immersed in their instruments and rehearsals – is seen “extremely inspiring” especially in this age when self-gratification is the new normal.

Lopez thus asserted “this only motivates us to keep going and work harder to make sure that beyond the music, these life-changing stories continue to unfold and the positive power of community continues to be fostered.”

On their 7th anniversary concert conducted by Joshua Dos Santos and attended by over 600 including their fellow musicians, the OFY which is Ang Misyon’s main performing arm, played classical pieces by Richard Wagner’s Rienzi Overture; Gustav Mahler’s Symphony No. 1 “Titan” IV; Stürmischbewegt; and Original Pilipino Music (OPM) including those of Ryan Cayabyab and Constancio de Guzman; as well as medley of timeless local compositions arranged by Ria Villena-Osorio.