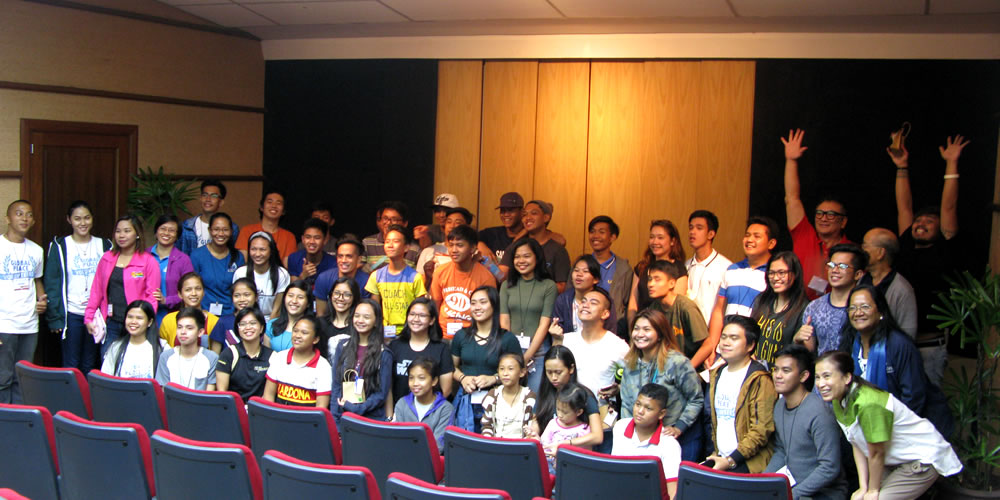 The scholars of the Ang Misyon Inc, held a two-day Leadership and Values Formation Training at the Eugenio Lopez Center last May 31 to June 1. The Lopez Group Foundation Inc. (LGFI) and Ang Misyon Inc (AMI) in partnership with the Global Peace Foundation (GPF), the University of Asia and Pacific (UAP) and the Philippine Educational Theater Association  (PETA) held a two-day training for forty-five (45) young scholars of the Orchestra of the Filipino Youth selected from various AMI satellites including Metro Manila, Cebu, Batangas, Talim Island in Laguna and Rizal. The training was  aimed at developing young leaders with exemplary values that will propel the work of AMI in the future and expand its reach to other satellites nationwide. The children, ages ranging from 24 years old to as young as 11 years of age, sat through a few lectures, did exercises, played  games, did physical activities and reflection sessions that are aimed at developing their leadership skills and imbue values essential to their functions as upright young musicians. The activities included a short theatre workshop facilitated by PETA which saw them producing their own 3-5 minute short value-laden skits. At the end of the two-day workshop, the children said they learned among other things the value of teamwork, perseverance and how to be “walang hiya” (not to be ashamed).