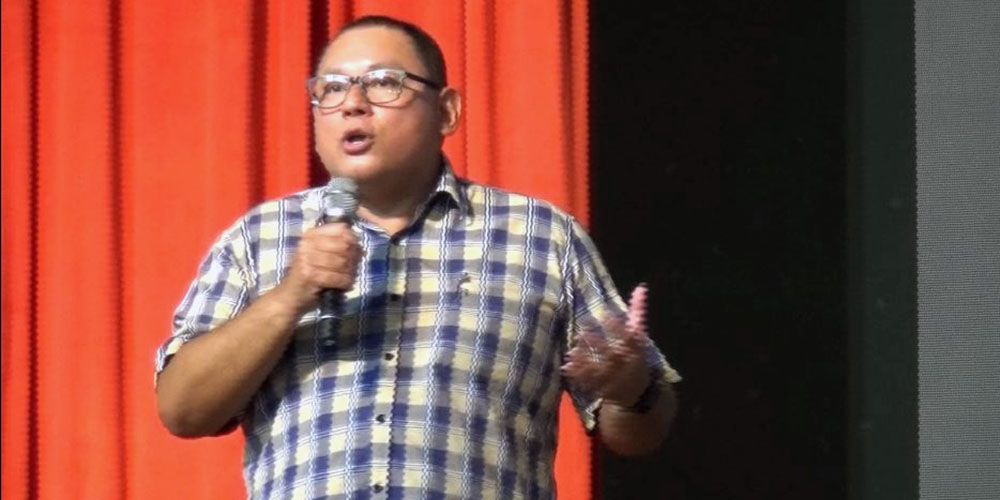 A media veteran for 32 years, Katigbak has overseen the restoration of around 180 Filipino films, some of which have already been featured in international film fests, local red carpet premieres, free-to-air and cable television, pay-per-view and video-on-demand platforms, DVD releases, and iTunes.

Katigbak strongly believes that cinema reflects a nation’s culture and history, and through ABS-CBN’s “Sagip Pelikula” advocacy, he has been spreading the word on the importance of saving, restoring, and preserving Filipinos’ best works in filmmaking.

In front of fellow media practitioners, members of the local film community, as well as students, Katigbak talks about the history of Philippine cinema, explaining how our humid weather and the expensive cost of storing film reels properly has led to the loss of many of the country's old movies.

He guides them through the restoration process, where films are brought back to how their creators envisioned them, and the efforts undertaken by ABS-CBN Film Restoration to get audiences to watch and appreciate these restored classics once again through the “Sagip Pelikula” campaign.

“This is a legacy borne out of the mantra of ABS-CBN, which is to be in the service of the Filipino people. We are a media company and that is one of the legacies we want to leave behind, a record of our psychology, of our past, so we can stop repeating mistakes,” he said.

“Think Possible” is a 30-minute session featuring change-makers and innovators who have ideas, or are doing something, to make the world better. Episodes are available on the ANC YouTube channel, while shorter versions are aired on ANC’s newscasts 24/7.