Stars of “Kadenang Ginto,” and “PBB” bring Joy to Soldiers 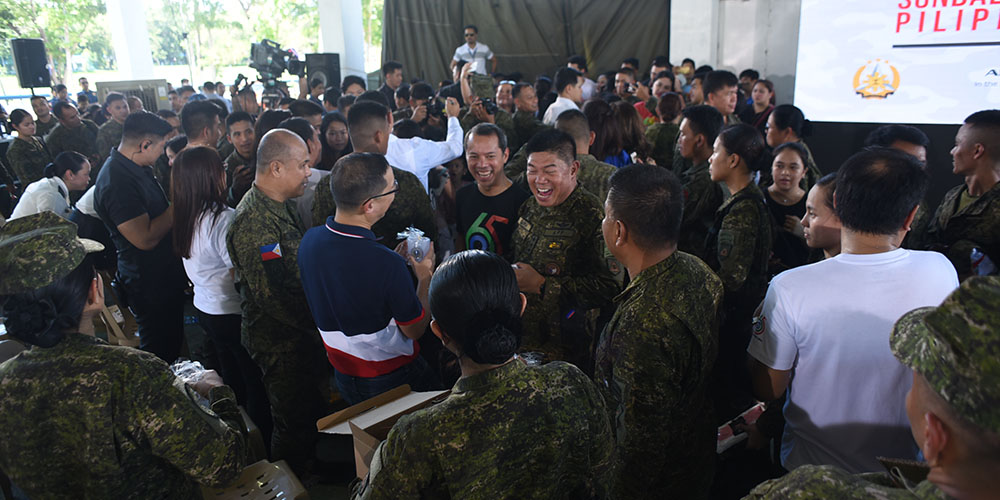 ABS-CBN continues to honor soldiers who dedicate their lives to helping and protecting Filipinos with the latest leg of the “Saludo sa Sundalong Pilipino” held at the AFP Southern Luzon Command (SOLCOM) Post in General Guillermo, Nakar, Lucena City.

About 500 members of the Armed Forces of the Philippines and their families enjoyed a day of entertainment, fun and games, and camaraderie alongside various Kapamilya stars and executives.

Meanwhile, the PBB Teens Big Four Andre Brouillette, Lou Yanong, Fumiya Sankai and Yamyam Gucong, and “It’s Showtime’s” GirlTrends performed song and dance numbers. Hosts Ahwel Paz of DZMM and DJ Nikki of MOR 101.9 kept the audience in high spirits throughout program. ABS-CBN News reporter and anchor Jeff Canoy, who covered the Marawi conflict in 2017 alongside many Filipino soldiers, was also present to thank the modern-day heroes for their bravery and courage.

On behalf of the entire network, ABS-CBN executives led by chairman Mark Lopez, president and CEO Carlo Katigbak, and COO of broadcast Cory Vidanes, personally thanked the soldiers for their sacrifice and service.

The event is the latest leg of ABS-CBN’s “Saludo sa Sundalong Pilipino” which was launched in 2017 and has brought stars from hit Kapamilya programs like “FPJ’s Ang Probinsyano,” “Araw Gabi,” “Wildflower,” “Banana Sundae,” and “Magandang Buhay” to military outposts in Cagayan De Oro, Manila, and Nueva Ecija to bring joy to the country’s soldiers.