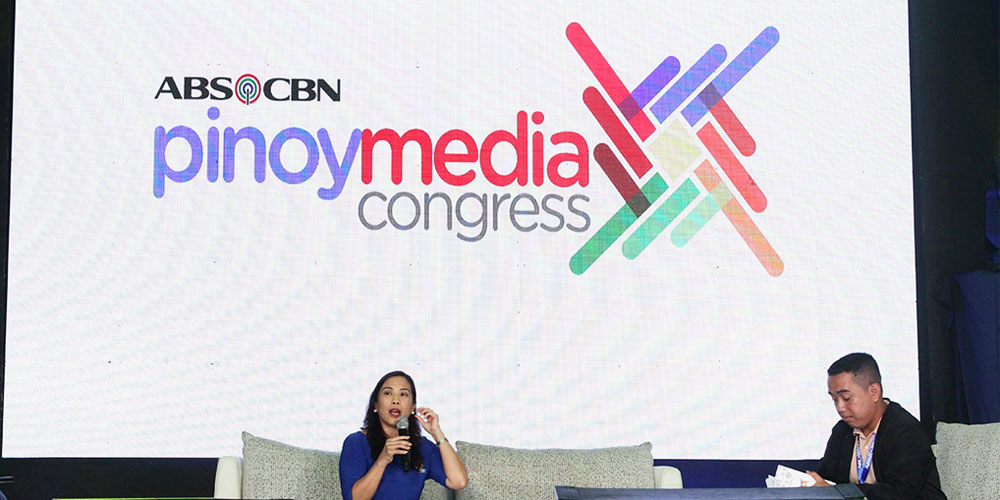 Aligning to the commitment to help educate the country’s future communicators, Knowledge Channel Foundation Inc. (KCFI) has teamed up with the Philippine Association for Communication Educators (PACE) and ABS-CBN by hosting the highly anticipated Class Project Student Documentary Competition and delivering a session on how media can be used for social good during the 13th Pinoy Media Congress held last March 7-8, 2019 at the College of the Holy Spirit in Manila.

President and Executive Director Rina Lopez Bautista also presented how KCFI harnessed the power of media and technology in helping uplift the quality of education in the country. Bautista narrated the journey of delivering satellite dishes and television sets to remote areas in the Philippines as far as Itbayat, Batanes and Sitangkay, Tawi-Tawi.

She also emphasized that KCFI continues to evolve and tap the latest technology and communications in order to meet the needs of today’s generation of children. “So while we used to provide the Knowledge Channel through cable or through satellite dish, now it [is being] provided with ABS-CBN TV Plus, SKY Cable, SKY Direct and soon, Knowledge TV,” said Bautista.

There was also a Q&A that followed the presentation where Bautista was also asked if KCFI had plans to revive well-loved educational shows in the 90’s. “We still air Mathtinik, Sineskwela, Bayani, Hirayamanawari on the Knowledge Channel but we’re also creating new programs that are much more in tune with the kids today,” she said. “We had MathTinikbefore and now we have MathDali,” she adds. “We’re creating these videos but we’re doing it little by little.”