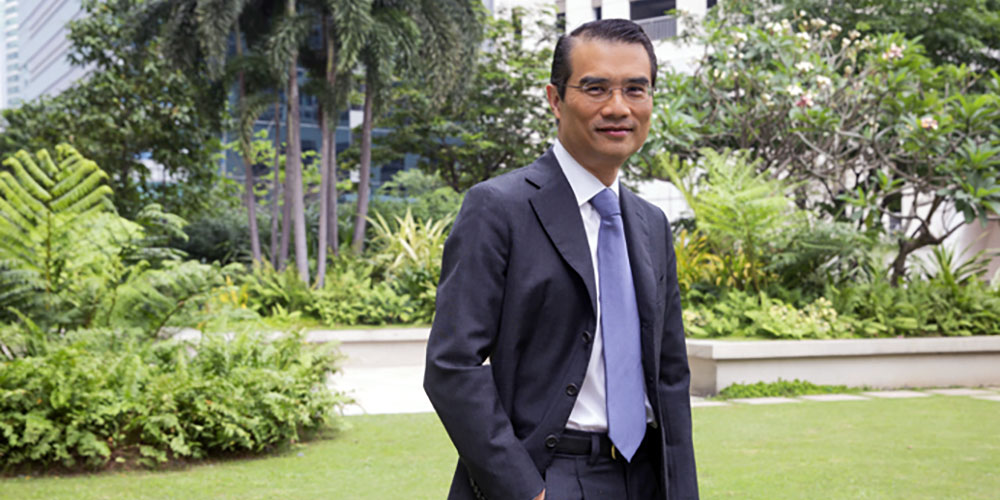 Lopez said he is batting for a paradigm shift “in the way people think and behave” in order to keep in check the continuing temperature rise that could push planet Earth to crumble if not abated. “We can no longer measure our success purely by bottom line growth and shareholder value,” he stressed, while emphasizing that “my own measure of success will be judged by how well we can aid the decoupling of GDP growth from carbon emissions.”

He added “the climate crisis we face today is a golden opportunity for humanity to re-examine our way of thinking and begin rewriting the rules of how our world works…in short, everything must change. We are living through what will be history’s greatest paradigm shift. We no longer have a choice.”

Primarily, Lopez is practicing what he preaches as it was him who initiated the call for the entire Lopez group to patronize only clean technology sources not just on their portfolio of investments, but also in energy usage of various subsidiaries and affiliate-companies.

“I believe it will be the role of businesses like ours to go beyond sustainability and into discovering creative new ways to improve and regenerate everything we touch,” he declared, adding that such chain must include customers, the company’s co-creators like employees, suppliers and contractors as well as shareholders and other stakeholders.

“I believe it will be the role of businesses like ours to go beyond sustainability and into discovering creative new ways to improve and regenerate everything we touch,” he declared, adding that such chain must include customers, the company’s co-creators like employees, suppliers and contractors as well as shareholders and other stakeholders.

Lopez expounded “every decision we make must consider the betterment of all stakeholders in that order,” as he noted that “it no longer works the other way around if you consider shareholders the priority.’ He similarly contended that if a company has enlightened shareholders, they would be able to “realize that there are no jobs, profits or even remnants of shareholder value on a dead planet.”

To date, the Lopez group’s investments in the energy sector comprise of gas and renewable energy technologies, such as solar, wind, hydro and geothermal.

Lopez acknowledged that ‘intermittency’ remains a dilemma for RE sources like solar and wind, although that could eventually be underpinned by large-scale battery systems.

But while the energy transition does not posit commercial availability of such battery storage yet, he said their gas generating fleets could be the ‘bridge solution’ to that given the very fast ramp-up that the technology provides so it can plug gaps in any sudden fluctuation in the generation of solar and wind

.
“While large scale battery systems remain uneconomical in solving the intermittency of RE plants, First Gen’s natural gas-fired power plants will remain the ‘best alternative’ because of their fast ramp-up capability,” Lopez stressed.

Nevertheless, he indicated that gas is still fossil fuel-based with sizeable greenhouse gas (GHG) emissions (albeit way lower than coal and other fossil fuels), hence, Lopez noted that in time, they would also be “phased down and phased out as soon as the renewables-batteries combinations becomes economically feasible.”

The other option for gas, he said, is for these plants to be “powered by much cleaner hydrogen in the future when and if this becomes possible.”