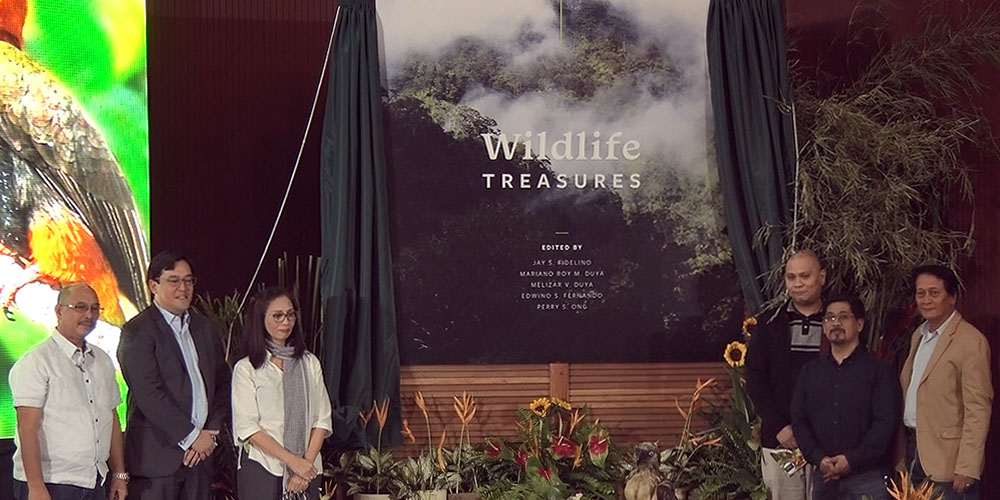 No kind is left behind in EDC’s mission to build a clean energy future. EDC powers and protects people and planet, striking the right balance between energy, biodiversity, and community.” Thus wrote forester Liezel Salagubang in one of the chapters of “Wildlife Treasures,” a book on the wildlife species thriving in Energy Development Corporation’s (EDC) geothermal reservations and hydropower facility that was launched in the University of the Philippines Diliman Institute of Biology (UP IB) Auditorium.

Apart from generating 100% clean, renewable, sustainable energy for the country, EDC has been preserving the flora and fauna in its areas of operation with the help of its host communities for over 40 years. As the leading geothermal power producer that manages watershed areas accounting for 1% of the Philippines’ total landmass, EDC is in a unique position to contribute to biodiversity conservation.

Published by EDC in cooperation with UP IB, “Wildlife Treasures” is proof of their long-standing and fruitful partnership that began 10 years ago when EDC tapped the university to help firm up its biodiversity conservation and monitoring program (BCMP).

“We owe whatever success and positive impact that our BCMP has to the environment and to our stakeholders to UP IB’s former head and one our country’s foremost scientists, Dr. Perry S. Ong,” said Richard Tantoco, president and chief operating officer of EDC.

“Doc Perry,” as he was fondly called by friends and students, was dean of UP Diliman’s College of Science and one of the country’s biodiversity conservation champions before he passed away in 2019. His legacy includes spreading awareness on the importance of caring for nature to his students and to various partners like EDC. The published book and the launch event were the company’s tribute to him.

“Wildlife Treasures” was Ong’s brainchild that was conceptualized in 2017, immediately after EDC finished documenting the 96 Philippine native trees that it had identified, located and began propagating under its BINHI greening legacy and forest restoration program.

Ong believed it was high time for the company to chronicle the wildlife biodiversity in its sites to complete EDC’s legacy.

The result was a publication of vibrant photos and information on the robust habitat of fascinating species surrounding EDC’s power plants all over the country—about 291 birds, 43 bats, 25 other mammals and 46 reptiles and amphibians, almost half of them endemic to the country. These include the flying foxes in EDC’s Bacon-Manito Geothermal Reservation in Bicol, the flying lemur in its largest geothermal reservation in Leyte, the owl and hornbill of Negros Island where its second largest geothermal reservation is located, and the iconic Philippine eagle in Mount Apo.

Representing the Department of Environment and Natural Resources, Assistant Secretary for Climate Change and Biodiversity Management Bureau director, forester Ricardo Calderon said: “Here, we see a good example of a partnership that has made a significant contribution in our conservation efforts. The book ‘Wildlife Treasures’ is also a clear proof that development does not always come at the expense of our environment, as evidenced by how the diverse wildlife have thrived within EDC’s geothermal reservations.”

EDC and UP IB will donate copies of “Wildlife Treasures” to universities and other institutions, groups and individuals with the hope that more people will be inspired to commit to environmental protection and biodiversity conservation.