A Walk through Wildlife 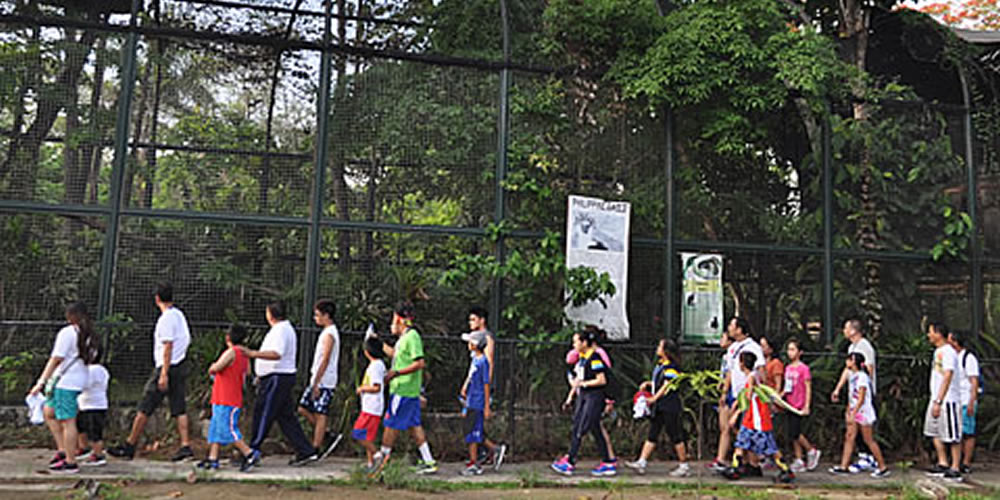 A total of around 400 Lopez Group employees, composed of family members, and friends, flocked the recently concluded "HR Council-Lopez Lifelong Wellness Walk The Talk", which was held last May 28, 2016 at the Ninoy Aquino Parks & Wildlife Center (NAPWC), situated in Diliman, Quezon City.

Dimpy Jazmines of Sky performed the emceeing chores, while Hanz Cubillan, also from Sky, led the Recitation of the Lopez Credo & Values.

Birthday celebrants for May were then recognized as they were presented with a birthday cake, and the traditional Stretching/Exercise portion went underway as Trini Trinidad of Whiplash and the Rockwell Club spearheaded the entire crowd in warming up.

Before trudging the planned walking route, August Villalon from the EDC Disaster and Preparedness Rescue Unit delivered a short Safety Briefing to further ensure the safety of the walkers along the way.

Named after the late Benigno S. "Ninoy" Aquino, Jr., the NAPWC is a 64.58-hectare (159.6-acre) zoological and botanical garden located in Diliman,Quezon City. It has a lagoon, an aquarium, a playground, botanical garden and a Wildlife Rescue Center, which the Department of Environment and Natural Resources uses as a temporary shelter where confiscated, retrieved, donated, sick, abandoned, and injured wild animals are placed to be taken care of.