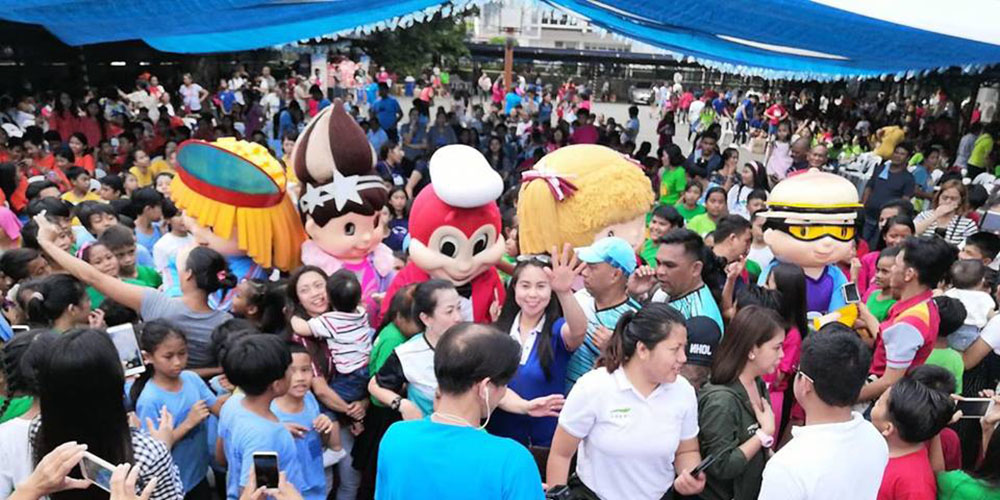 On December 9, 2018, Phil-Asia Assistance Foundation, Inc. (PAAFI) threw its yearly Christmas party at the Benpres Parking lot for all its more than a thousand student-beneficiaries. Volunteers, coordinators and staff were also present and have played a major role in making the event successful.  The program started at 9:00 in the morning and finished at 12 noon.

Every year, PAAFI organizes a party for all its children to gather them all in one special day where they can perform, play games, eat together, win raffle prizes and take home a Christmas bag.  This has become a tradition for the children and an occasion that they look forward to.  Some would say that it is their most wonderful time of the school year especially when they get chosen to win in the raffle.

The tradition has become more special each year when Walk the Talk Team (WTT) joined the celebration in 2016.  Since then, they made every get together a more cheerful and memorable event for the children most especially this year because they brought in the five mascots of Jollibee, that is known to us all, the children’s favorite.  The children got wild and were cheering terribly as they were trying to get closer, to touch and to have a selfie with the famous mascots. Their treat did not end there as they also distributed to each of the children a Jollibee box that contains a yum burger.

Another special part of the event is the performance of the Orchestra Filipino Youth (OFY) who did not only showcase their talent and good music through their instruments, but also, inspired the children and motivated them to discover their talents and love for music.  OFY opened the program with performing the national anthem which immediately followed by an invocation led by the children from San Isidro Labrador Parish (SILP), acknowledgement of the attendees was made by the emcee, Wilson Ramos (a PAAFI volunteer) and the most awaited performance of OFY was heard afterwards. They serenaded the children with a lot of frequently heard Christmas songs.  And then, games and raffles begin.

PAAFI has been grateful to Walk the Talk Team (WTT), Ang Misyon, Inc., First Philippine Realty Corporation (FPRC) and to all the volunteers and friends for sharing their precious time with the children. It was such a merry Christmas for all of the kids as they not only enjoyed the party but also, and most of all, it was when the children felt the true spirit of Christmas in their hearts.  Maraming Salamat po at Maligayang Pasko sa inyong lahat!