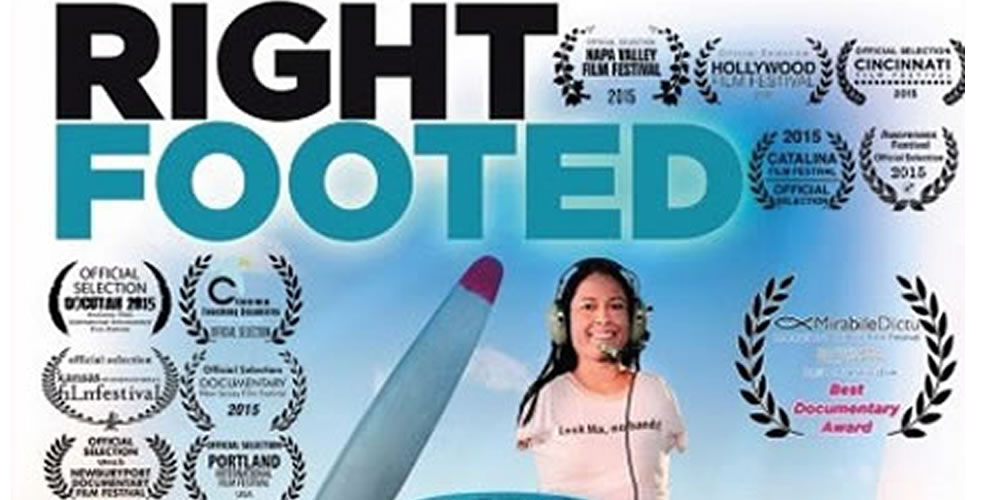 Phil-Asia Assistance Foundation, Inc. (“PAAFI”) will be holding a fund-raising special screening of “Right Footed”.  The film is a multi-awarded documentary on the life of Filipina American, Jessica Cox, who despite being born without arms, never let her disability get in the way of becoming a pilot, martial artist, motivational speaker, and disabilities rights activist.

The documentary has received the following international awards:

The funds that will be generated from said screening will be used by PAAFI to give educational assistance to underprivileged children.