Farewell to a Warrior 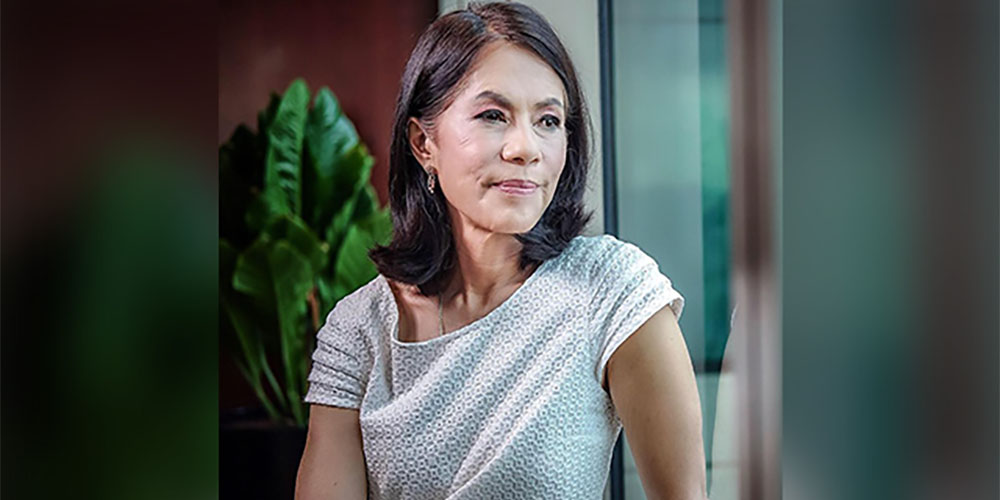 In a statement, ABS-CBN described GL as "a fervant advocate of children's rights and protection, a passionate proponent of sustainable livelihood among the underprivileged, and an unswerving champion for environment preservation.”

ALKFI called GL “a champion for the environment, child protection, and the disadvantaged. She exemplified a life of service to humanity with a deep desire to improve people’s lives, rallied for social justice, and sought to bring hope and change to poor communities.”

GL studied at Assumption College in Manila and enrolled at Newton College of the Sacred Heart in Massachusetts for college. She soon departed Massachusetts to become a missionary with Ananda Marga, working among the poor in India, Africa and Portugal.

She returned to the Philippines after two decades abroad, eventually taking the reins at the then fledgling ABS-CBN Foundation Inc. (AFI), now ALKFI.

It was at AFI where, over the next decade, GL embarked on the massive and often groundbreaking projects in childcare, education, livelihood, microfinance and the environment that cemented her reputation as a CSR juggernaut. These include AFI’s first flagship program E-Media, Bantay Bata 163, Bantay Kalikasan, and the La Mesa Watershed rehabilitation, among others.

These programs, as well as her newer undertakings in the 2000s, are all thriving, if not bywords in CSR, today.

After a brief stint as secretary of the Department of Environment and Natural Resources, where she made headlines for ordering the closure or suspension of 28 mines, GL set up her last foundation, Investments in Loving Organizations for Village Economies Foundation, in 2018.