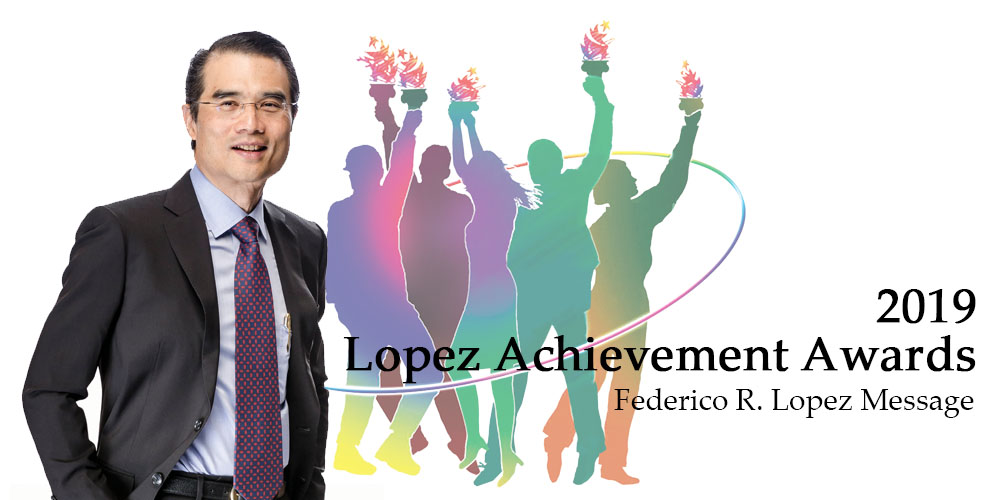 Today, however, we live in an age where two of those values, namely the concern for Social Justice and the Pioneering Entrepreneurial Spirit, will need to be called on to take center stage with the intensity of near-superpowers.

To illustrate what I mean, let me take you back 25 years ago to the days when awareness of the internet was just beginning.

It’s amusing to watch that video given how omnipresent the internet has become in our lives today. However, the point I want to make is this: awareness of climate change, the emergency it really is, and the massive and lasting effects it will have on our lives in the years and decades to come, is like that; but one thousand times more. People are only beginning to get what it is, some even conveniently deny it exists, others are plain clueless or just kick the can down to the next generation. But the issue is hitting mainstream after decades of being on the fringe because its effects are already being felt and there will be a clear-cut distinction between those that get it and prepare, and those that don’t.

Every night as we watch the news, we see the effects of just 1°C of warming wreaking havoc all over our world: the record hottest years and months being recorded all over the planet; the widespread heatwaves, wildfires, droughts being experienced with regularity; the yearly visits of one in 500-year floods in the Atlantic and similar intense typhoons in the Pacific; the breakout of many kinds of vector-borne diseases like dengue; as well as the prospect of massive species loss --- a million, warns a recent UN biodiversity report ---just in the coming decades.

The proverbial “canary in the coal mine” for climate change is the world of ice — otherwise known as our cryosphere. Any elementary school student will tell you that the amount of water on our planet is fixed and has been for the last four billion years. It just gets rearranged depending on the prevailing temperature. In our cryosphere, we see a world heating up much faster than anywhere else on earth, with their last five years having been among their warmest on record. Both the Arctic and Antarctic are losing land ice mass as a whole, which are contributors to sea level rise. Ninety percent (90%) of glaciers are shrinking worldwide, with one-third to two-thirds of them expected to disappear before the end of the century (with catastrophic effects on water and food supply for almost two billion people dependent on the Himalayan ones alone).

Food for thought: 125,000 years ago during the last Interglacial period, when temperatures were very similar to what we have today(1-2°C), sea levels were twenty to thirty feet higher; 3-3.3 million years ago when atmospheric carbon dioxide levels were like today’s, sea level was 20 meters higher [66 feet].

The Intergovernmental Panel on Climate Change (IPCC) also projects that ocean acidification caused by 2°C of warming will destroy close to 100% of all tropical coral reefs. However, if we manage to keep warming to just 1.5°C (which is the best we can hope for now) we will only manage to lose 70% of them. (That’s a consoling thought, right?)

The climate crisis that’s unfolding will have far-reaching effects not only on weather but on our water supply, agriculture, food systems,marine and terrestrial ecosystems and biodiversity, disease vectors,livability of entire regions of the world, and the vulnerability of our cities and urban infrastructure to extreme weather events, just to name a few.

There’s no doubt we are in the midst of geologic-scale change!

The one million Syrian immigrants flooding Europe since 2011 were fleeing a civil war made possible by one of its worst droughts in the last 500 years. The drought of 2006 killed 85% of livestock and caused the failure of more than 75% of farms in the years leading up to 2011, forcing 1.5 million farmers and their families to migrate to urban areas in search of livelihoods that didn’t exist. Although the Syrian civil war had many proximate causes, extreme weather events like this severe drought created the incendiary environment for conflict. The wave of populism and border tightening throughout Europe was heavily shaped by this mass migration. Which also raises the troubling question: what will the rich (with massive carbon footprints) do as more desperate communities (least responsible for all this warming) come knocking on their doors in search of safety and security? I think we see the answer.

One of the first countries to be lost to climate change will be the Maldives. In words addressed to Western developed nations, former Maldives President Mohamed Nasheed warns: “You can drastically reduce your emissions so that the seas don’t rise so much…Or when we show up at your shores in our boats , you can let us in…Or when we show up on your shores in our boats, you can shoot us. You pick.”

The World Bank and the United Nations separately estimate that there could be as many as 140 to 200 million climate refugees in the next 30 years. The high end of the UN projection fears as much as one billion or more vulnerable poor who will have little choice but to fight or flee. Syrian immigrants flooding Europe is just the beginning of a phenomenon that could be 200 times greater. Today, however,people displaced by climate change have no legal status or protection, and under international law there is no such thing as a climate refugee.

Pope Francis uses strong words on the climate crisis: He calls it “a brutal act of injustice toward the poor and future generations”. And he emphasizes, “time is running out!”

Time has indeed run out. The very conservative IPCC has given us until 2030 to half our global emissions and 2050 to bring them down to net zero if we want to keep global warming to 1.5°C. Many studies incorporating previously unconsidered discoveries in the arctic permafrost, which holds as much greenhouse emissions as another China, are saying this now needs to happen a full eight years earlier.Since four days ago, more than 1000 scientists from over 20 countries are now calling for massive civil disobedience (even beyond the limits of law) aimed at forcing governments to take rapid action to tackle climate change, warning that failure to do so could cause “incalculable human suffering”.

Given the short time frames we have in which to act and the planetary changes that are already underway, we need to move simultaneously on two fronts: stopping global warming at 1.5°C and adapting to a changed and more dangerous planet. It will not be easy, has no historical precedent, and must be many times greater than the mobilization efforts countries have seen in preparation for the two previous world wars. We have no choice. As many of the world’s youth are now saying, we have no planet B.

The thought is already causing despair in some. But despair and climate change denial are two sides of the same coin. We can choose to see our climate crisis either through the lens of destruction, or the lens of preservation. We can see extinction or we can instead choose to see opportunity.

Our Lopez values lead me to see through the lenses of both preservation and opportunity. When I do, I see a world that must change how it gets its energy, the design of our cities, buildings and homes; the materials we use; what we eat and how we grow our food, how we handle our waste, how we use and recycle water; our transport systems and what powers them; words like regenerative agriculture, the circular economy, net zero buildings, the sharing economy; we will also need to see inclusive business models that creatively deal with major social inequality and environmental problems (not dissimilar to what drove Gina in the last years of her life — but built-into our business strategies and not simply bolted on as CSR) — in short, everything must change. We are living through what will be history’s greatest paradigm shift. We no longer have a choice.

More significantly, it means a departure from the mindless consumerism and unbridled capitalism of the world today; the relentless pursuit of bottom-line, shareholder value and GDP growth above all else. This endless obsession brought us so called material and technological wealth, but it’s destroyed a lot of what we should’ve been valuing more and unjustly left too many behind.

Like slavery or the divine right of kings, the world’s current paradigm has come to the end of its life. It’s about to give way to something new. Transitions like these are never easy or bloodless; recent history tells us you can never underestimate the power of inertia or that of interests invested in retaining the status quo despite the consequences to humanity.

But what excites me is that within our lifetimes we will see history’s greatest paradigm shift unfold before our eyes. Armed with a heart for social justice and a pioneering entrepreneurial spirit, let me say that this climate crisis is precisely the kind of challenge the Lopez group was built for. We have this one great opportunity to be a part of it. I wouldn’t miss this for the world.