Lopez Group: Saving Planet Earth for the Next Generation 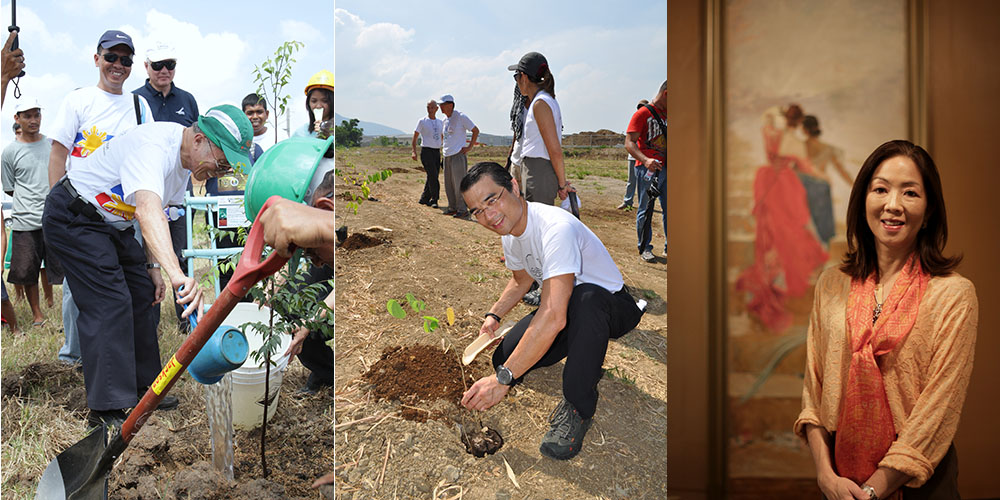 In the convention of business success, it could just come too easy for industry captains to abandon scientism and merely focus on economic gains that their trade and enterprises could pull off.

Often, a global scale conundrum like preserving the environment is obscured in the overall agenda of business – but for the Lopez group, this is one particular adversity –solving that they take closets to their hearts-chiefly to put it right for the sake of the next generation.

Oscar M. Lopez, the conglomerate’s patriarch and chairman of the board of the Lopez Group Foundation, Inc. (LGFI), weaves the kind of propulsive inspiration and insight in which all executives and employees of their companies would have to live by- not just in the workplace but in advancing corporate social responsibility (CSR) initiatives that could build up a crescendo of “best outcomes” for consumers and the public that they serve.

His wisdom echoes across all corporate segments of the Lopez Group, as he contended that:

“To survive, any business or corporation must be useful to the society it serves.”

For the Lopez Group Foundation, Inc., its social contract with the Filipino people delves with CSR Programs and initiatives for the protection preservation of the environment & Mother Earth; education, livelihood, promotion of arts and culture, health and wellness as well as other forms of humanitarian assistance. – all helmed in the intent of ”doing good, doing right, doing it well, telling it well and doing it now.”

Saving the environment from its leap into the ‘frying pan’

In her recent soul-stirring speech at the UN General Assembly in New York, young environmental activist Greta Thunberg got her grips on the collapsing ecosystem and on what is perceived as the beginning of human extinction.

“The eyes of all future generations are upon you. And if you choose to fail us, we will never forgive you. We will not let you get away with this –right here, right now is where we draw the line,” declares Thunberg, who had become the voice and leading force of the young generation into revising the world’s climate change predicaments.

Quite frankly, long before the world had seen this very young lady in the global stage voicing out her concern for the environment, the Lopez Group has already been making  headway on this sphere- not just on the realm of its CSR ventures but even in the very core of its corporates.

In the energy sector, the Lopez Group appears to be the “lone voice” in the entire industry on in the country when it comes to advocating resource developments that are only leaning on “green energy technologies” – limiting its portfolio to just gas-fired power facilities and renewable energy installations.

Be that as it may, Federico R. Lopez, Chairman of the First Philippine Holdings Corporation and member of the board of the board of trustees of the LGFI, persistently defended his business decision, as he professed that “we urgently need to overhaul how we relate with the Earth if we want to keep it habitable in the decades to come.” To an extent, he opined that “the way we measure progress and success in our world is severely broken,” with him noting that the economic successes of countries are often judged by their gross domestic product (GDP) growths; or when corporate stocks are rated to be “good investments” on how high net incomes the companies have been registering.

Despite the prevailing corporate mantras, he shares the view that thriving business today must not foment a burial ground for all hopes and aspirations that there is still something that can be done to parry any portended catastrophic impact of global warming.

“There is no Plan B or Planet B, as some would say, “Lopez asserts, while emphasizing that “real and lasting shareholder value can only be had when we place the interests of all our stakeholders, our customers, the planet and humanity at the center of everything that we do.”

Toward this goal, First Gen which is the linchpin energy company of the Lopez group along with its subsidiary Energy Development Corporation (EDC), advanced several initiatives geared towards environmental preservation, livelihood as well as education in its host communities as well as in various parts of the country.

Via its “Center of Center” flagship program, the Lopez group intensified efforts in preserving the marine biodiversity of Verde Island Passage in Batangas- which in the process, had helped improve livelihood opportunities for people in the area (including higher fish yield for fishermen); and reinforced responsible tourism activities.

The LGFI also carried out “Protect a Watershed” tree growing project, which enabled it to achieve reforestation of at least 15 hectares within a three-year span with the planting of native and fruit bearing trees; and at the watershed of its Pantabangan –Masiway Hydro Plant in Nueva Ecjia, the company had maintained the 848 hectares watershed and added additional 90 hectares for indigenous tree species as part of its reforestation endeavor. That compliments the BINHI green legacy program of subsidiary EDC that propagates the planting of hardwood species at its project sites.